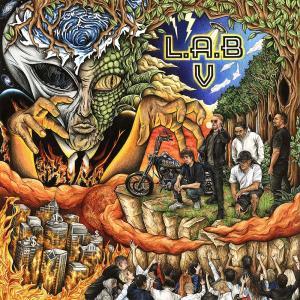 LONDON, UK, Nov. 13, 2022 /EINPresswire.com/ — Repeating its 2021 run, LAB has secured its place in awards history as the big winner of the Aotearoa Music Awards for the second consecutive year .

2022 is proving to be one of LAB’s biggest years to date, having sold out shows across Aotearoa. In March and April, the band finally returned to Australia, giving sold-out concerts to over 30,000 people, as well as big-name performances at the iconic WOMADelaide & Byron Bay Bluesfest.

The awards come after the release of LAB V, the band’s fifth album in five years. The album reached number one on the Official Albums Chart and is now the band’s fifth Platinum album. LAB has now achieved 14 Platinum singles and 10 Gold singles, with single of the year winner ‘Mr Reggae’ achieving twice Platinum.

December will see LAB release the first single from their sixth studio album LAB VI which is due out in April 2023 and will be supported by Australian and US tours.

LAB continue to establish themselves as one of New Zealand’s hardest working bands, with the release of new music followed by a string of regional New Zealand flagship shows.

*Australia, US, UK and EU tour dates to be announced shortly*