It’s been over forty years since The Beatles recorded their last music video.

But an unreleased excerpt from a cover of Words of Love by Buddy Holly should delight and intrigue fans.

The video was recorded live at BBC Radio studios a year before the band released the song to the Beatles for Sale album.

Scroll down for video

The video, which mixes psychedelic animation with black and white footage, features the Fab Four as they perform on stage and in the recording studio.

The boys are seen driving in a van through the countryside, into the city and watching fireworks, with a glimpse of the Queen Mother.

The video is also about Beatlemania, with screaming fans and a girl who passes out after spotting her idols. 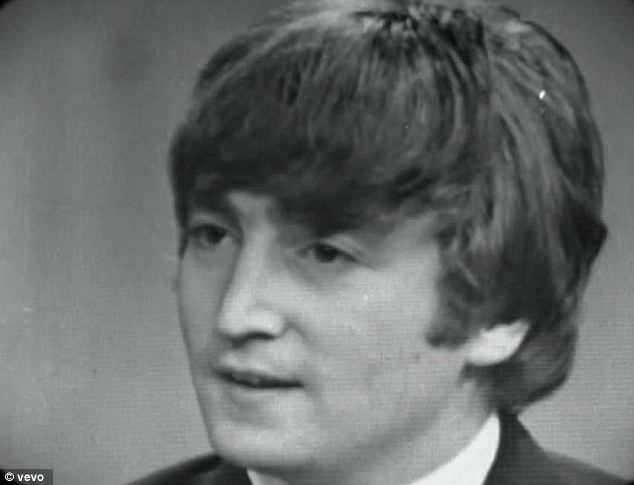 There’s also a glimpse into the group’s friendship as the boys are seen chilling out together, dancing and having fun.

The video was released in honor of a new Beatles On Air collection – Live at the BBC Volume 2.

The CD follows the 1994 Live at the BBC collection, a compilation album featuring Beatles performances from various BBC Light Program radio shows from 1963 to 1965. 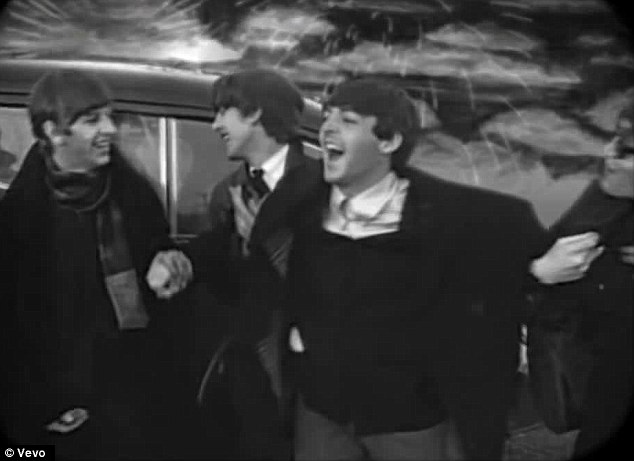 Funny: the group is seen laughing while watching fireworks

The new two-disc compilation, released earlier this month, features 63 recordings made in the early to mid-1960s.

And Beatlemania is set to continue in February when the Grammy Awards feature a 2-hour special marking the 50th anniversary of the group’s appearance on The Ed Sullivan Show.

Meanwhile, the group secretary will tell her story about her coveted job working for the group for over 11 years, starting at the age of 17. 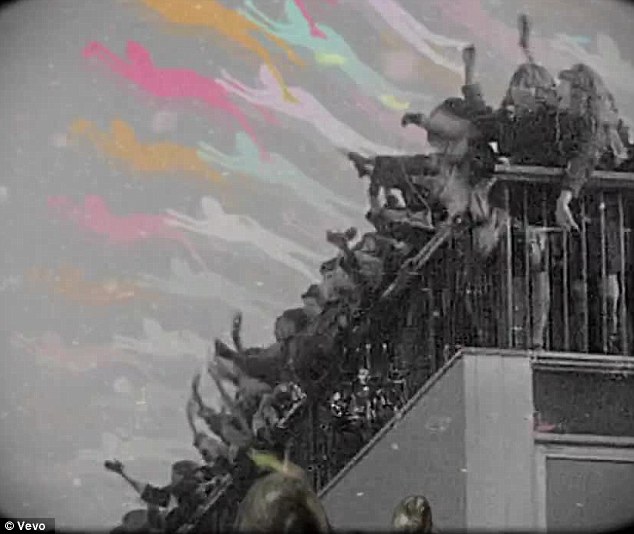 Fan mania: the group’s followers flock to a balcony in the video 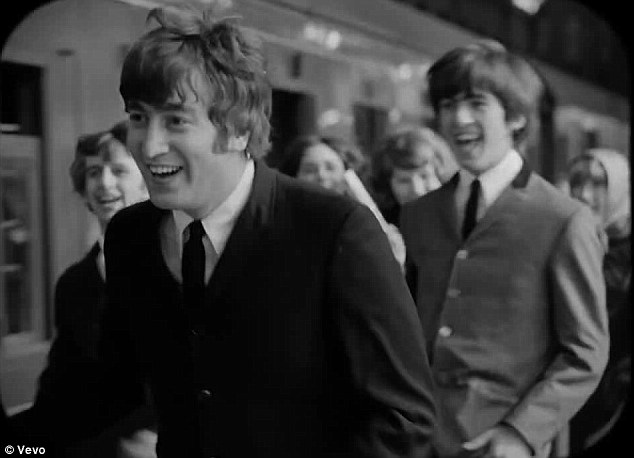 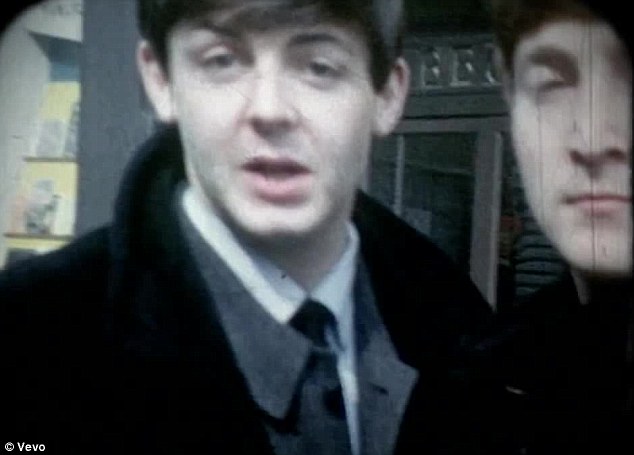 Close-up: Paul McCartney and John Lennon look at the camera in the new video 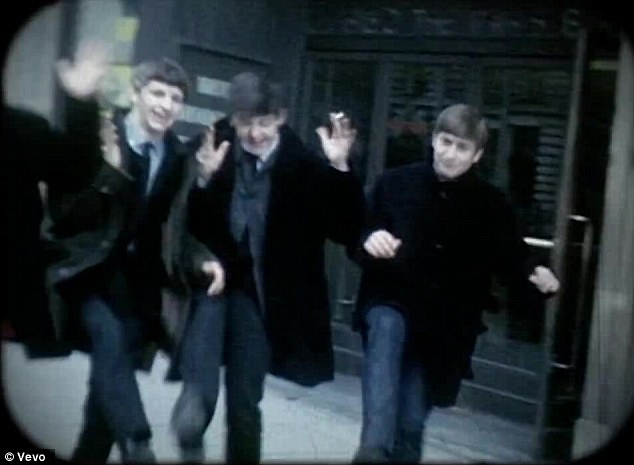 Laughs: The group laughs and seems to have had fun creating the video

In the documentary Good Ol ‘Freda, the former secretary, 68, reveals that John Lennon told her he thought he would die young.

She also describes the charisma of the group, saying â€œOn stage, they always had fun with each other. You would watch them play the goat and you would want to be a part of the action. 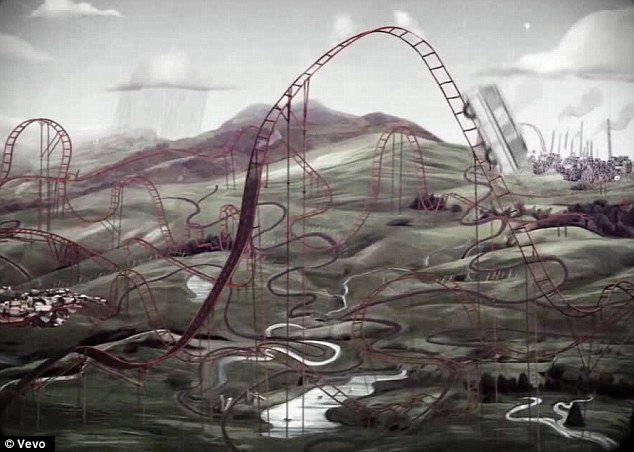 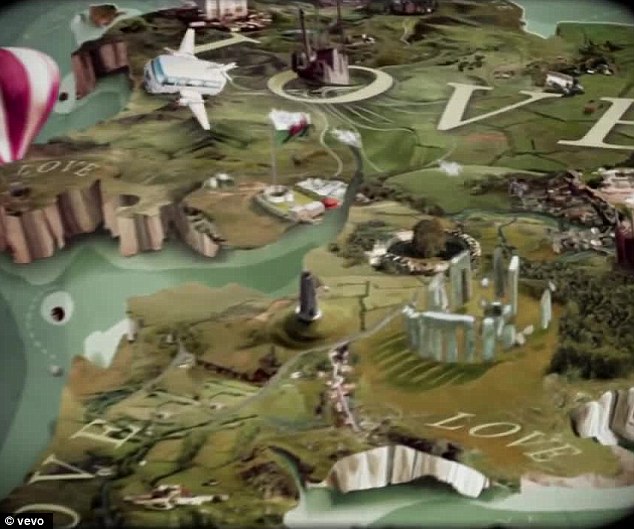 Message of love: the video, which combines animation and black and white images, ends with a view of Great Britain

She also reveals that she used to take the group’s defrocked clothes to give to fans.

She said: â€œI didn’t steal them, but if a shirt was torn and they didn’t want it, I would go over there and take it. I would always say to Louise Harrison [George’s mother] ‘Can I have this?’ and I had just cut up the shirts and sent them off.

Good Ol ‘Freda will air on More4 on December 10 at 9 p.m. ET. It is also available for purchase on DVD from December 4th at amazon.co.uk.