Rocket Lab carried out its first launch from the second launch pad at its spaceport in Mahia, New Zealand, on Tuesday in the second of four missions planned for Japanese Earth observation company Synspective.

Tuesday mission, The night of the owl continuesfollows the December 2020 launch named The night of the owl begins, who also flew for Synspective. The flight took off as scheduled at 09:37 a.m. local time (20:37 UTC; 3:37 p.m. EST Monday) from the new Launch Complex 1B (LC-1B) launch pad, construction of which began in late 2019.

The payload for The night of the owl continues is Synspective’s StriX-β Earth observation satellite, equipped with an X-band synthetic aperture radar. It is the second demonstration boat built by the company.

The 100-kilogram spacecraft’s radar antenna is 5 meters long when deployed, and is capable of imaging a 30-kilometer swath at 3-meter resolution in strip-mapping mode or a 10-kilometre swath. kilometers at 1 meter resolution in sliding projector mode.

Rocket Lab’s Electron rocket will deploy StriX-β into a sun-synchronous orbit inclined at 97 degrees to the equator, at an altitude of 561 kilometers.

It’s the first of two satellites Rocket Lab plans to launch this year for Synspective, with another launch also scheduled for 2023.

Unlike optical imaging satellites, spacecraft equipped with synthetic aperture radar can observe the Earth even through clouds and in the dark. Synspective plans to create a constellation of operational spacecraft to perform these observations in orbit around the Earth.

StriX-β and the upcoming commercial prototype satellite StriX-1, slated for launch later this year, will serve as precursors to this constellation.

StriX-β is one of several Earth observation satellites that have been launched recently to perform radar mapping missions, as demand increases for near real-time imagery of disaster areas, as well as for the agriculture, forestry, sea level monitoring and other uses. For Synspective, a use case is to observe Asian cities at the same time every day after the launch of the first six satellites.

From sun-synchronous orbit, the StriX-β spacecraft will be able to observe the same points on Earth at the same time every day, allowing users to track changes and trends at specific locations. The satellite can cover the Earth’s surface, from pole to pole.

The StriX-α and StriX-β demonstrators are the precursors of Synspective’s operational satellites. The company hopes to have six satellites in orbit by the end of this year, on track to building a full constellation of 30 spacecraft. The target date for the completion of the constellation is not known at this time.

Rocket Lab’s Electron Launcher consists of two stages, with an optional starter stage to help insert satellites into precise orbits. It is designed to launch up to 200 kilograms into Sun-synchronous orbit or 300 kilograms into other low Earth orbits. 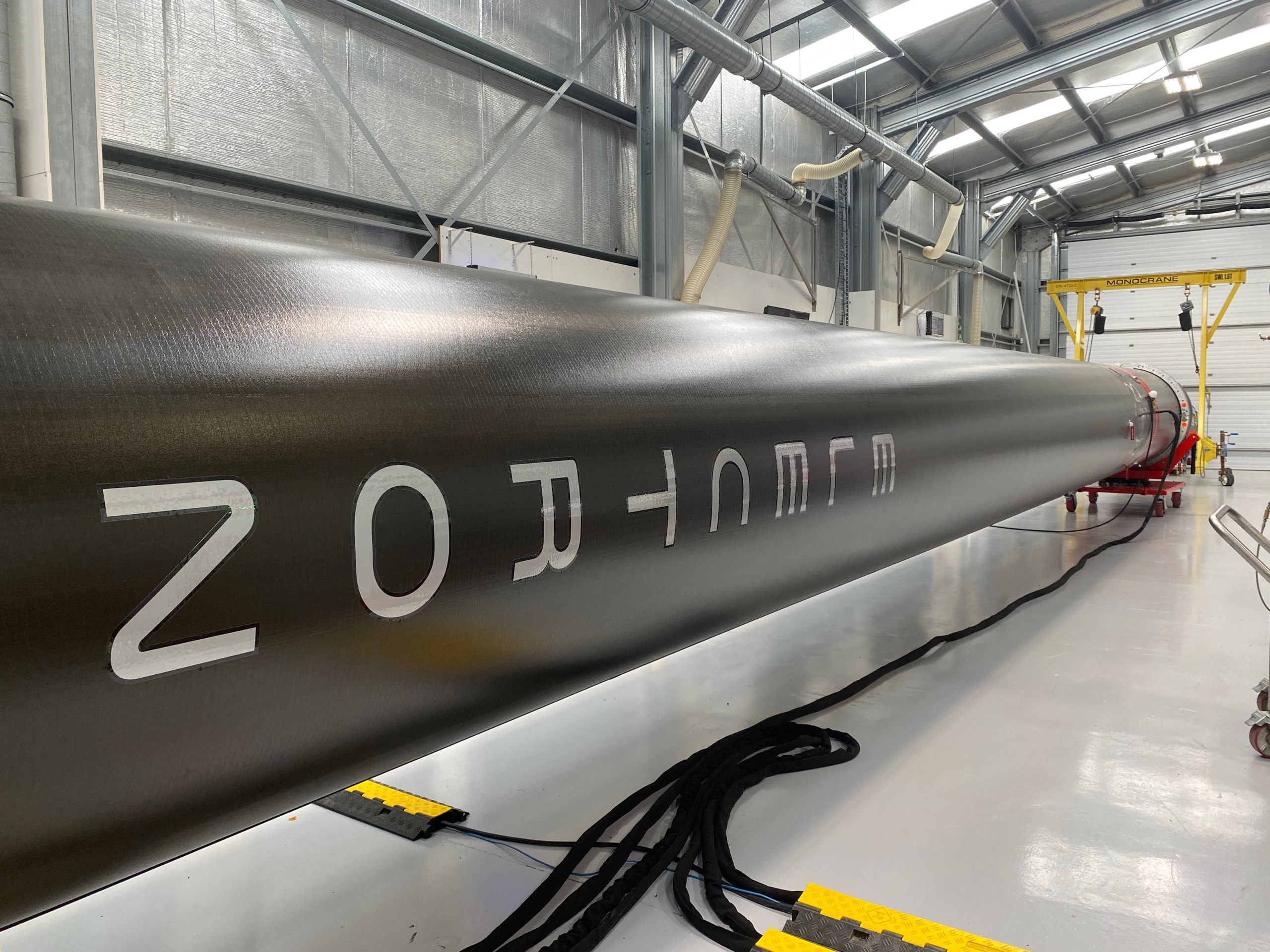 Electron is assembled ahead of Tuesday’s launch. (Rocket Lab)

The Electron that launched StriX-β into orbit had a red stripe painted on it, which meant it was fitted with recovery gear. Recovery systems have been tested as part of the development process; however, Rocket Lab did not attempt to recover the rocket’s first stage during this flight.

The first stage powers Electron during the early stages of flight. Two and a half minutes after launch, the first stage engines shut down, the stage separates, and the second stage fires its engine.

Tuesday’s mission will use a larger payload fairing optimized for the Synspective satellites, which separated around 184 seconds during the flight. The battery hot-swap, which saw the second stage transition from depleted and then jettisoned batteries, happened around the 388-second mark.

The second stage features a single vacuum-optimized Rutherford engine, with a larger nozzle to make it more efficient at altitudes where the Earth’s atmosphere is thin or negligible. Like the first stage, this stage is also supplied with RP-1 and liquid oxygen.

Approximately 535 seconds after liftoff, Electron’s second stage engine cut out, with the vehicle in an initial parking orbit. The startup stage then deployed the StriX-β satellite into its own sun-synchronous orbit. The scene will then be messy soon after to keep it from becoming space junk.

The night of the owl continues was the first mission Rocket Lab flew from its second launch pad.

What’s better than an Electron on the pad? How about two? With Pad B at Launch Complex 1 now operational, we offer you the complete virtual tour of our spaceport in all its glory. pic.twitter.com/ypHE0FCZck

This new infrastructure will double the number of missions that can be flown from the company’s Mahia launch facility, enabling a maximum of 120 launch opportunities per year. Alongside the new LC-1B in Mahia, the LC-2 facility at Wallops Island, Virginia – in the United States – was also built, giving Rocket Lab three launch pads on two continents thousands of miles away. one another.

Although the world’s first private launch facility now has two platforms and increased capacity, it remains to be seen whether the crowded market for small satellite launchers can support the full flight cadence that Rocket Lab desires. . So far, Rocket Lab has piloted 23 Electron vehicles, 20 successfully, over nearly five years. Its highest theft rate was seven launches in 2020.

The night of the owl continues was the first mission of 2022 for Rocket Lab. This is Rocket Lab’s first full year as a publicly traded company, and its focus has shifted from strictly launch services to offering end-to-end services for customers, including building satellites. .

This has been reflected in the recent acquisitions the company has made, and the pivot is no doubt due to changes and competition in the small satellite launch market which has seen competition from many sources including missions SpaceX’s carpooling service, which offers lower costs for its customers. .

As another example of a shift in Rocket Lab’s focus, a new corporate logo was recently introduced that eliminated the rocket and replaced it with a stylized “R”. Rocket Lab has also begun development of a reusable medium-lift launch vehicle, Neutron, which should also be evaluated for performing crewed missions. Such missions had previously been ruled out by Rocket Lab founder Peter Beck. 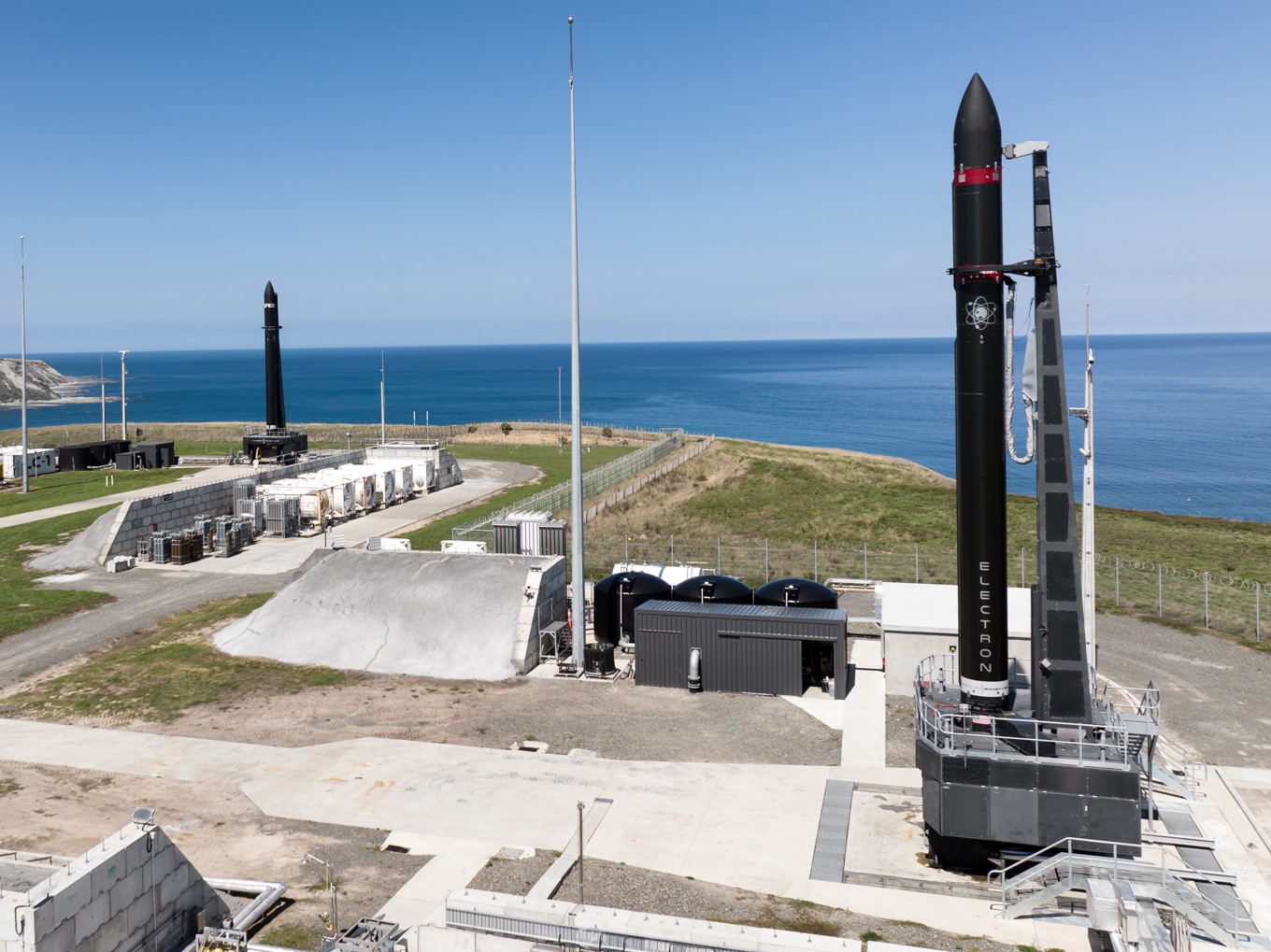 As Rocket Lab adjusts to a changing and more competitive launch market, the company faces an important year in which eight missions are currently planned, including the CAPSTONE lunar mission in late spring and at least two flights for the US National Reconnaissance Office. A helicopter booster recovery is also planned, and it’s possible the first repurposed booster could also fly this year, but that remains to be seen.

Starting with The night of the owl continuesContinued mission success and development will be critical to Rocket Lab and its future as the small launch market continues to evolve, with the possibility of an industry upheaval in the near future.