Spacebag is a party prog metal instrumental group whose ultra-entertaining sound is both an ode to the jazz fusion masters of the 70s, the metal and thrash pioneers of the 80s and the hardcore Hessians of the 90s. 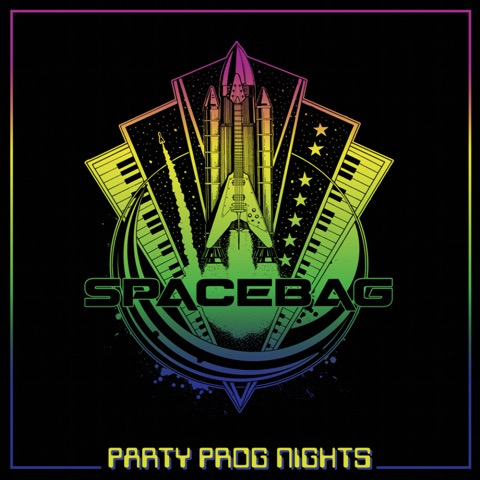 Spacebag will release the new EP, Party Prog Nights, on September 15 via Unknown Controller Records. Produced by Spacebag and mastered by Colin Marston (Gorguts, Krallice, Dysrhythmia) at Menegroth The Thousand Caves, Party Prog Nights is available for pre-order here. Ahead of the release of Party Prog Nights, Spacebag’s catchy new song, “New Jersey Al (Di Meola)”, can be heard below.

Party Prog Nights is a sonic fiesta for anyone with enough imagination to imagine what a metal band would look like if they recorded on the International Space Station! Described as “an absolutely banana acid prog-grind trip”, this is music for the progressive rock fan looking for an ally in denim and leather, as well as for those whose fists are lifted by the power of rock and brandished in solidarity as witnesses to some of the most epic and mind-boggling riffs on this side of the moon.