It’s a fabulous name following on from the equally fabulous Dust Collector that we first saw at Superbooth 2019. This time around we have two LFOs, Noise Generation, Crackle Machine, Ring Modulator, a VCF modeled after the Korg MS-20 and a real, real tape delay.

Pop and crackle are basically generators, but they also have audio inputs so you can mix other sources through them. There is a bandpass filter in the Noise section with CV control over frequency and width. Crackle has a high pass filter and CV controlled density.

The LFOs are actually digital, so they can be synced to MIDI and offer sine, triangle and square waveforms, Sample & Hold and an envelope-shaped output. They have a symmetry control for pulse width modulation and an offset knob.

The Tape Delays is of course the center of fascination with this huge bay filled with wormy, snaking tapes. You have CV control over Gate, Speed, Regeneration (of feedback) and Panning. As input you have a preamp and tone control taken from the Space Echo. Then you have the manual controls on tape speed, feedback, pan and attenuators on the CV. At the bottom is a Ping-Pong switch and a wet/dry mix button. The output of the entire unit is in stereo. 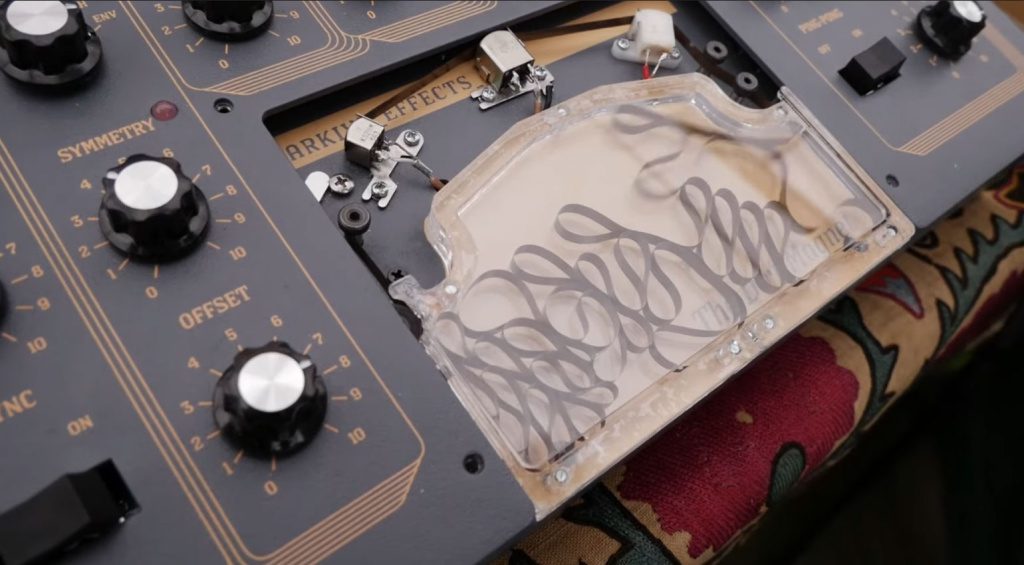 The Gate control is interesting. It controls the motor which Finegear hopes will offer a kind of Mellotron mode for continuous recording. The company is also investigating what can be done via the USB connection. There are some tweaks that still need to be completed and the unit on the demo was not fully working.

Finegear hopes to have Dirt Magnet in production after the summer for a price of around €1,000.

Finegear also had a mockup of an upcoming product called the Modmix. It’s an experimental CV-controlled mixer with routing and lots of modulation. It has 4 channels with 3-band EQ, volume and pan, 4 aux sends, then two LFOs and two envelope followers. There are 4 stereo returns or you can switch the aux into return mode to fold back on itself. 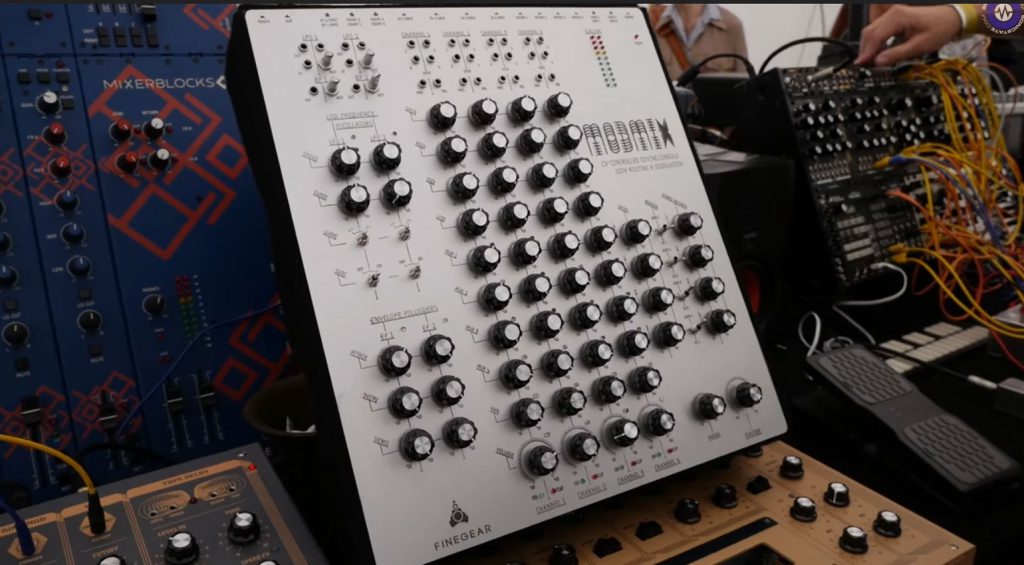 Dramatic stuff! Here you will find a video of SonicState.